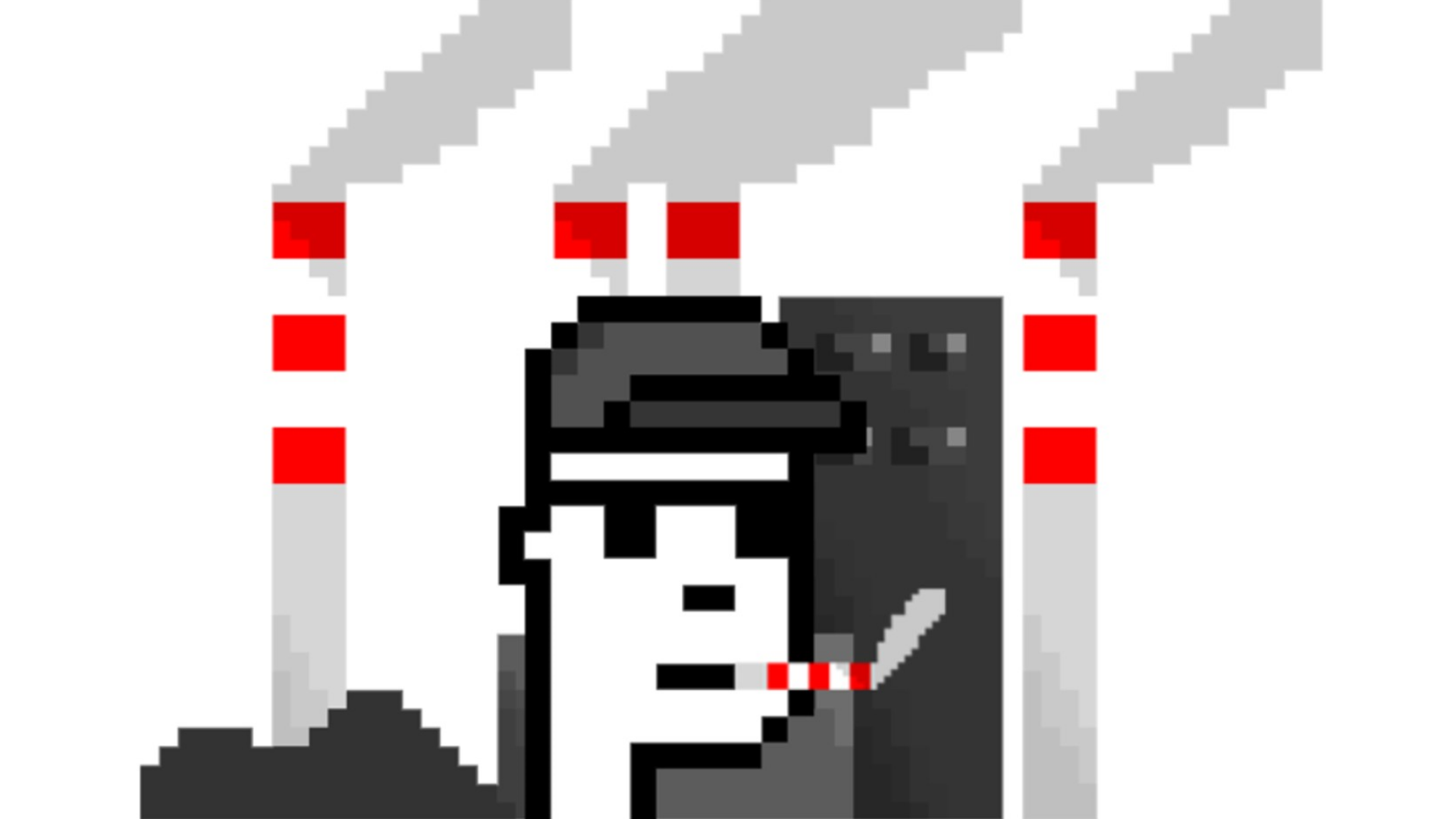 In retrospect, it seemed too good to be true; the opportunity to purchase Banksy’s maiden venture into the lucrative realm of non-fungible tokens (NFTs). But at a fraction of his skyrocketing market pricing.

The work (titled Great Redistribution of the Climate Change Disaster) was convincing enough to persuade a customer – confusingly dubbed Pranksy – to spend hundreds of thousands of pounds. Eventually the money was returned after turning out to be what looks like an elaborate prank by a fraudster.

It has been described as a stunt for publicity. But whatever the actual reasons are, the event has shone attention on the weaknesses of NFT trading. This has already been highlighted by artists who claim their work was sold without their knowledge or agreement.

The photograph depicts a man smoking in front of several industrial chimneys.

It was put up for sale on the Open Sea site, dubbed eBay, but for NFTs.

Banksy’s official website did contain a page named NFT that has since been removed. It featured a link to an auction site offering a work of the same name.

Pranksy is famed for his collection of NBA Top Shots NFTs and was persuaded to bid £244,000 in bitcoin despite the fact it didn’t look genuine. He claimed he realized he had been duped when the offer was instantly approved.

He claims that the vendor ultimately refunded all of the money except for the transaction charge of £5,000.

The event calls into question one of the features that made NFTs so appealing; their ability to provide cryptographically secure authentication.

Authenticity is reliant on the vendor being who they claim to be.

Other artists, notably Damien Hirst, have embraced the NFT market, although some of their work has been sold without authorization. Banksy’s staff has been eager to disassociate the artist from the forgery. “The artist Banksy has not been involved with any NFT artworks,” his team said in a statement. They didn’t elaborate in any way on how his website was hijacked.

Artists have expressed concern about the ease with which some NFT platforms allow them to “tokenize” other people’s material. Some, for example, let users transform every tweet into a marketable digital commodity, while artworks have become attractive tokenisation products.

Pranksy claims that, despite his moniker, he didn’t want to jeopardize any future possibility to talk with Banksy’s crew or any other artists regarding NFTs. He claims instead that the rapid return of the money meant it was more likely it was someone seeking to make a broader point.

“I did not anticipate anything to be returned; it appears the hacker had more goals than money,” Pranksy explained. When asked what such motives could be, he responded, “to point out weaknesses in the website and with validation inside NFTs?”

Banksy’s art has previously been the topic of NFT debate.

The Burned Banksy NFT, which included a picture of a Banksy print named Morons, was sold for about £300,000 and featured an image of a Banksy work titled Morons. The tokenised print, which was originally sold in an edition of 500, was publicly burnt when the token was coined. Its makers said it moved the value of the actual artwork onto the NFT.

Pranksy said he wanted to hear from Banksy’s team regarding the security of his website and if it had been hacked; but that the event had not affected his interest in NFTs.

He stated he had not lost trust in NFTs as a result of the experience. When he finds one connected through an artist’s website, he’d just be a bit less excited, he added.