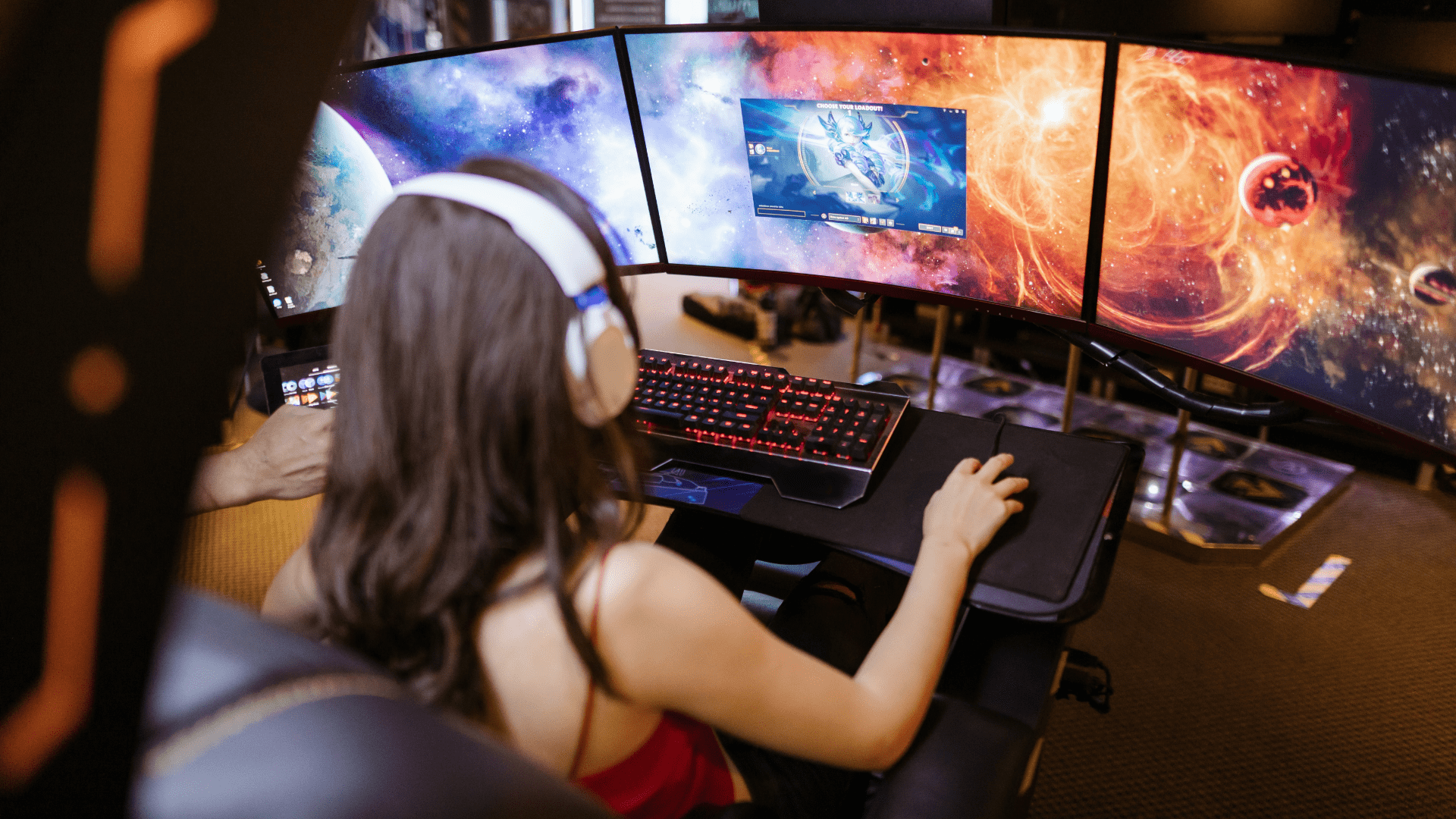 China has adopted sweeping restrictions allowing minors under the age of 18 to play computer games for only three hours each week. On Fridays, Saturdays, Sundays, and public holidays, youth in China will be permitted to play games only between 8 p.m. and 9 p.m.

Gaming addiction has had a significant impact on studies and people’s everyday life.

Many parents have become deeply unhappy as a result of this. Earlier this month, a publication associated with China’s state-run newswire Xinhua chastised gaming firms for marketing to children. Even referring to internet gaming as spiritual opium at one point.

China’s new playtime guidelines may be the most restrictive gaming legislation for youngsters in the world. Nonetheless, the regulations, however harsh, attempt to address what China’s officials regard as a serious societal problem; Chinese youngsters spend excessive amounts of time playing online games.

According to Daniel Ahmad, a gaming researcher at Niko Partners, China has over 720 million players, with about 110 million of them under the age of 18. Ahmad thinks it’s impossible to determine how many young Chinese gamers are hooked to video games. But considering the prevalence of such articles in Chinese media, Ahmad believes it’s a sizable proportion. According to Chinese official media, 13.2 percent of China’s minors play video games for more than two hours each day on weekdays, totaling tens of millions of youngsters.

According to a recent poll of 4,000 video gamers over the age of 18 from eight nations, Chinese gamers spent more hours playing video games per week than any other country.

The pervasiveness and addictive nature of Chinese gaming can be attributed to, at least in part, the country’s regulations regarding the video game industry. After a 15-year ban on gaming consoles, the gaming industry focused their efforts instead on making extremely addictive games available to anyone with a smartphone. Indeed, the government aided China’s smartphone-driven gaming sector in its bid to become the world’s largest gaming market.

Now, Beijing is attempting to break the deep link that it helped build between its young and video games. They belive the only way to do it may be to impose intrusive ID checks and face recognition technologies. It is hoped these may be enough to keep children out of virtual worlds.

From 2000 until 2015, China prohibited the sale of video game consoles such as Sony’s PlayStation and Microsoft’s Xbox.

They attributed their decision to concerns that gaming would have a detrimental impact on youngsters.

The restriction coincided with a surge in smartphone use in China. Also the development of Internet behemoths such as Tencent and Alibaba. In 2010, 303 million Chinese individuals utilized mobile phones to access the Internet. This compares to 911 million Chinese people who own smartphones now.

According to Ahmad, the smartphone-oriented structure of China’s gaming business created a low barrier to entry for players. This just enhanced the appeal of online gaming.

These games are highly accessible via the smartphone platform, Ahmad explains. You can get them quite simply, and they are free to download. Because these games have had such a wide reach, he believes the government’s fears about addiction have grown.

The combination of making games shorter and free increased their popularity and accessibility. Meanwhile, encouraging players to pay to help them advance kept them involved and game businesses lucrative.

Ahmad points out that when it came to producing games for smartphones and PCs, China’s gaming sector was among the first to embrace free-to-play games. Also the popular, and sometimes condemned for being akin to gambling, practices such as loot boxes. Loot boxes allow players in free games to purchase a box of things that deliver gameplay bonuses. But without the user knowing the worth of the contents in any particular box.

The games are meant to push players to spend money on game boosters or skins. Or anything that will help them win in terms of impacting gameplay, Ahmad adds, making the games popular and addictive.

Chinese developers kept consumers coming back by incorporating social networks into games in a variety of ways.

Tencent, for example, has used the strength of its social messaging app WeChat which has over 1 billion active users in China. It has led to the increase in popularity of games and immediately connects players with other gamers.

Online gaming has become a fundamentally significant social activity for teenagers in China. Teenagers use online gaming to form and maintain crucial peer relationships but also as a significant outlet for them to relieve stress.

Following the unprecedented growth of gaming in the early 2010s, China’s main state-owned newspaper, the People’s Daily, hit out in 2017 at gaming firms such as Tencent for delivering “poison” to Chinese culture. They claimed that the games had grown too addictive and corrupted Chinese values. That year, the government imposed limits on loot boxes. This forced firms to publish the odds of obtaining certain rewards in boxes purchased by players. In 2018, China imposed a nine-month ban on new game licenses and clamped down on violent game depictions.

In 2019, China’s National Bureau of Statistics officially recognized e-sports as a professional sport. The municipal governments of Shanghai and Beijing launched subsidies and promotion campaigns the next year. This helped to further grow e-sports in their respective cities. In 2020, China’s state-run television aired a six-part documentary series. It focused on e-sports, and colleges throughout the nation have carried out e-sports courses.

2020 was the most successful year for the Chinese gaming sector yet. The mobile gaming market grew to $29.2 billion in yearly sales, up 30.9 percent from the previous year.

Some feel that on the one hand, the government has hailed and pushed online gaming, e-sports, and techno-culture in general as symbols of China’s technical growth and modernization. But on the other side, the government has created an anti-gaming societal narrative, with ‘Internet addicted’ teenagers vilified for threatening ‘social stability.’

Some teens will almost certainly be able to avoid the new gaming law.

Experienced players will discover methods to circumvent the restrictions. Even with the restrictions, breaking gaming habits among China’s youth will be difficult. China’s kids have become increasingly skilled at circumventing previous restrictions by playing offline games. Also by using VPNs to access foreign games or logging in to games using their parents’ or grandparents’ accounts.

Tencent, the world’s largest gaming business, has spent years striving to stay a step ahead of the rules. They used the game Honor of Kings as an experiment in how to verify age restrictions. Honor of Kings began implementing face recognition checks in 2018, amid government scrutiny. This was after the business implemented regulations prohibiting children under 12 from playing the game for more than one hour each day. Tencent launched the functionality on more than 60 games in July. The games, dubbed Midnight Patrol, tracked late-night users and those with high spending patterns. It enforced a prompt to check that the users were not minors playing on their parents’ phones.

Face recognition is Tencent going above and beyond what is expected of them. They have essentially attempted to demonstrate that they are taking responsibility to combat addiction.”

According to a representative for Tencent, face recognition technology is merely one component of a broader system. Tencent and parents of gamers will be able to watch and regulate kids’ playing time and spending patterns.

Tencent’s initiatives have been effective. As of the second quarter of this year, just 2.6 percent of Tencent’s gamers were under the age of 16.

The company’s face scans may also serve as a model for the rest of the gaming sector in terms of how to implement the three-hour gaming restriction.

The gaming industry will require time to adjust to the strict restrictions, but facial recognition may be used in more games in the long run.