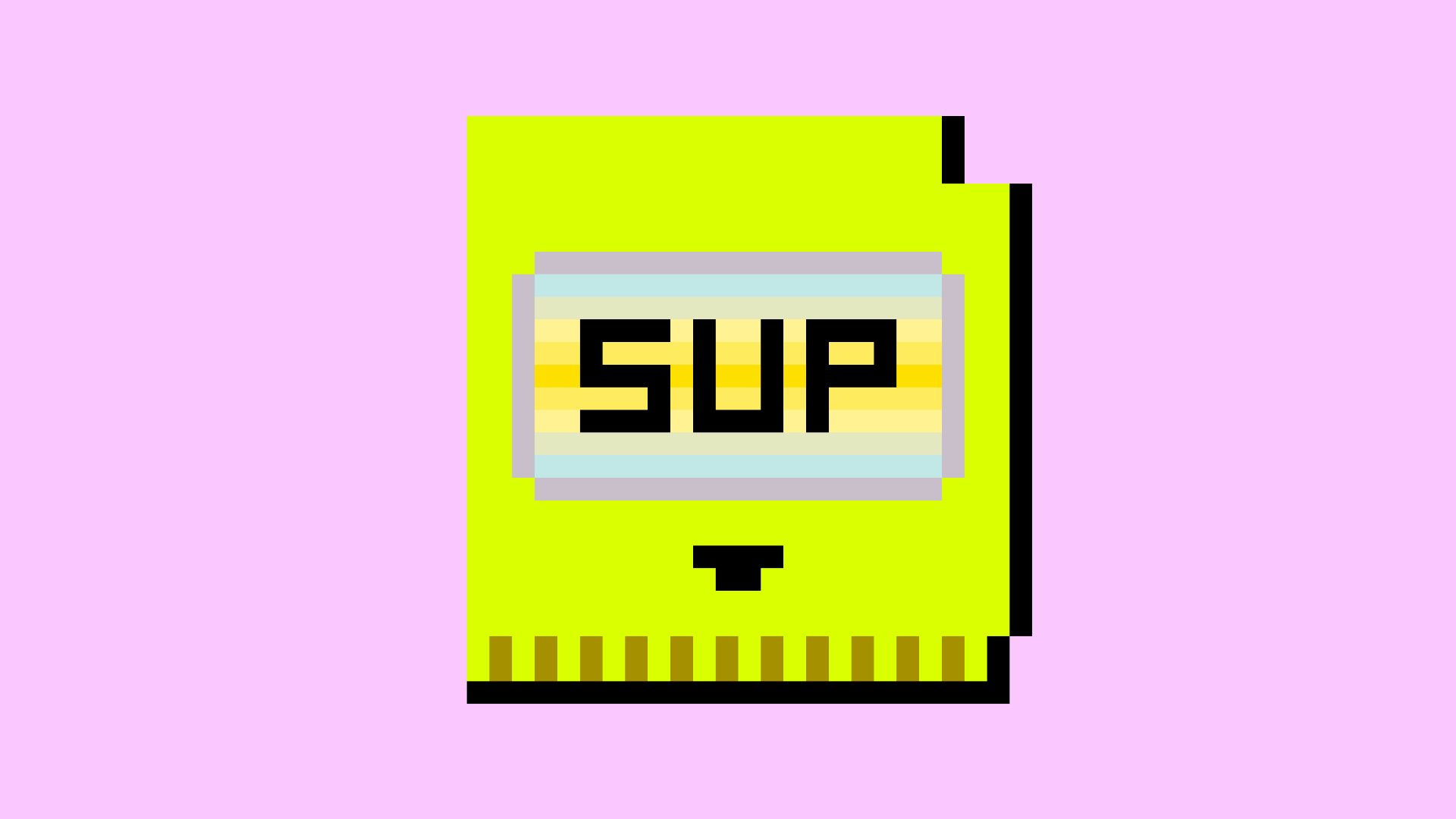 Using the blockchain, NFTs let you acquire and sell ownership of one-of-a-kind digital objects while also keeping track of who owns them. NFT is an abbreviation for non-fungible token. It may potentially include anything digital, such as paintings, music, animated GIFs or video games. An NFT can be one-of-a-kind, like a real-world artwork, or one of many copies, like trading cards. But the blockchain maintains track of who owns the file.

Dom Hofmann, one of Vine’s founders and developer of Byte and Peach, is working on a new program called Supdrive. In his announcement tweet for Supdrive, he refers to it as a on-chain fantasy gaming console. This doesn’t necessarily make it any clearer what this project would look like however. He’s since clarified in an announcement article, which you can read below, that it’ll be a video gaming system that plays classic games (like Pacman or Space Invaders), with NFTs functioning as a sort of virtual cartridge.

Hofmann stated in a Supdrive Discord that the games will be NFTs that operate on virtual firmware. Because games will be distributed as NFTs, there will only be a limited number of “editions” or copies available. Hofmann further claims that each copy of a particular game will be unique, with distinct color schemes, difficulty levels, and other features.

While describing Supdrive, Hofmann compares it to another blockchain project, Art Blocks. This may give us a sense of what it would be like. The idea behind Art Blocks is that it allows authors to write programs that produce art procedurally which is then saved on the blockchain. The programs will always produce the same art for a given seed, but altering the seed causes the art to change. Then, users buy NFTs for an Art Block project, which contains a seed that allows them to create that art.

This appears to be consistent with Hofmann’s description of an on-chain console that will play unique games. The specifics, such as how it will operate, how many copies of each game will be available, and how much they will cost, will be disclosed later.

According to Hofmann’s article, if the initiative is successful, the aim is to allow the community to build games for the Supdrive. He also intends to improve the console’s capabilities, enabling more complex games; the initial collection of games will be arcade style. The first game, Origin, was created by Hofmann.

Supdrive also includes a metagame, with users divided into Red, Green, and Blue teams a la Pokémon. According to Hofmann’s announcement post, the team you’re on may have an impact on the game you’re playing.

According to Hofmann, the release date for Supdrive is set for October.
Hofmann stated in the Discord discussion that he hoped to start the project in October. He also stated that he will provide updates “every week or so” till the debut.

Hofmann’s post-Vine initiatives haven’t been as successful as the original video app; the app for his social network on iOS, Peach, hasn’t been updated in over three years, and the successor to Vine, Byte, was bought by a TikTok competitor named Clash. User App Store reviews have not been positive about the changes made. Only time will tell how Supdrive works out for Hofmann. But it appears to be an intriguing idea assuming you’re onboard with entering the NFT market to acquire the games.